Large cities, on the front line in dealing with social exclusion and the influx of migrants, do not have adequate means to handle this issue. The time has come to consider migration as a permanent phenomenon, calling for specific public policies. A short-term, urgent approach is the worst solution. 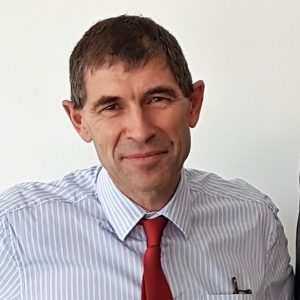 We had very rich discussions on a subject that challenges us both as responsible professionals and as people with humanist values. It is also drew attention to the need for innovative public policies.

It emerged that progress can only be made under the joint impetus of citizens, elected officials and the administration. In this regard, the mobilization of civil servants of the city of Cologne outside of their working time, along with local residents, in order to take in migrants during the critical period of 2015-2016, says a lot about a mindset that deserves praise. It reminds us of the noble dimension of public service, and what our action and our own work mean.

I also remember something that several of the speakers said: “Letting the situation worsen is never a solution.” Nor is letting it happen, and we must be attentive to all of the signs, and not overlook any of them. Our responsibility as local authorities is sometimes to show a potential way forward without hiding behind rationales based on authority, when they are more of an obstacle than a framework for action.

We must actively take initiatives and not follow along passively. That is why I take this opportunity to call upon my counterparts to join Strasbourg in creating the network of welcoming cities that we are building.

Immigration policies and how they are enforced in Europe
A comparison between France, Germany, Italy and Spain. Scenarios for today and tomorrow.
> Catherine Wihtol de Wenden, Emeritus Director of Research at CNRS, and member of the SciencesPo International Research Center.

The role of the State in managing immigration
Reception of asylum seekers and follow-up on refugees, coordination and cooperation with local authorities.
> Didier Leschi, Director General of the French Office of Immigration and Integration (OFII)

Receiving and housing migrants and refugees

How the city of Cologne manages refugees
August 2015 – April 2016: Cologne provided housing for more than 5,000 refugees thanks to very strong mobilization.
> Gabriele Klug, Stadtkämmerin of the City of Cologne (1st Deputy-Mayor in charge of finance and Director of Finance)

Housing of vulnerable groups in Stockholm: challenges and opportunities
> Fredrik Jurdell, Vice-Chief Executive of the City of Stockholm, in charge of reception, integration and social protection of “newcomers”

Barcelona’s commitment to the social rights of immigrants and refugees
In 2015, the City made notable efforts to receive and assist migrants despite a lack of support from the State.
> Ricard Fernández Ontiveros, Deputy Director in charge of Social Rights (Social Affairs) for the City of Barcelona

Inclusion of migratory Romani families in Strasbourg
Clearance of a slum and comprehensive action in terms of healthcare, schooling, cultural action, and access to jobs and housing.
> Yves Aubert and Maud Renon, Strasbourg Eurometropole

TAST’in Fives
An innovative program to promote social inclusion and fight urban poverty through a new social and economic model.
> Michel Vayssié, Chief Executive of the City of Lille