Organization of local public services and their performance 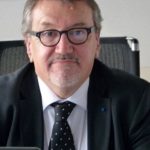 What motivated Nantes to participate in launching the BEST network was the desire to bring together key players in local life, especially those involved in managing urban communities. I wanted to create a forum encouraging openness and critical thinking to move beyond clichés and the overbeaten path of other existing networks. Seeing examples from elsewhere, in this case from other European cities, will help move our vision of the world forward.

Thierry BOUTOUTE
Deputy Chief Executive of the City of Nantes and Nantes Metropole, Director of Finance

The quest for performance in public service