The making of the city : strategies and managerial challenges

Transversal issues, energy and ecological transition, participatory approaches, public and private stakeholders’ interaction, “managerial revolution”, growth crisis are some of the ingredients that make the making of the city more and more complex. They impose new strategies as well as an overall rise in competence, by community agents, elected officials and structures dedicated to development operations. It is the arduous task of Chief Executives to achieve the matching between public policies, projects and a “participative” organization necessarily adapted to the particular context of their territory. 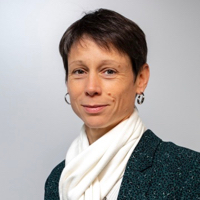 This meeting allowed us to understand the urban development of the city in relation to the context, the political priorities and the multiple stakeholders that contribute to the making of the city.

Examples of cities destroyed during the Second World War, port cities or perimeters of local authorities in full transformation process have shown the necessary variety of public policies in response to always specific situations. Unsurprisingly, the energy transition was widely invoked in our exchanges, through the responses provided by the configuration of public spaces, the construction methods or the urban services.

The common thread of this meeting was the notion of sharing the function of urban planning and development of the city.

In particular, the afternoon shared by the BEST network and the Club Ville Aménagement gave rise to a constructive dialogue on the cooperation between the cities’ administrations and the dedicated management structures (SEM, SPL, SPLA …), which we will have the opportunity to continue.

In general, each of the participants emphasized in their own way that local authorities can less and less think of themselves as “owners” of the urban transformation. They have an interest in evolving towards a role of regulator and gatherer-integrator vis-à-vis the private actors, but also of co-production of the city with its users as well as with their own agents.

Exchanges that are undeniably rich in meaning for our chief executive function in its managerial as well as strategic dimension.

Strategies for adapting to new challenges

Urban development “changes hands”: how to fit into the new paradigm?
> Brigitte FOUILLAND, Executive Director of the Urban School of Science Po

Role of planning in the reinvention of Rotterdam in a resilient city
> Joseph MELCHERS, Director of Urban Development, City of Rotterdam

How Strasbourg adapts the making of the city to social and environmental issues
> Pierre LAPLANE, Chief Executive of the City and the Eurometropolis of Strasbourg

Making the city with its citizens : the Rennes 2030 approach
> Laurence QUINAUT, Chief Executive of the City of Rennes and Rennes Métropolis

Eco-districts of Stockholm : design and feedback
> Ingela LINDH, former Chief Executive of the City of Stockholm

Urban development in a city in transition: the example of Dunkirk
> Patrick LAMBERT, Chief Executive of the Urban Community of Dunkirk

How to accelerate the energy renovation of the private housing stock ?
> Vincent AUSSILLOUX, Director of the Economy and Finance Department of France Stratégie

Grenoble, a city in transition
> Emmanuel ROUÈDE, Chief Executive of the City of Grenoble